Alan moved from London to Maidstone for a degree in Art & Design. He started his career in an advertising agency followed by the newspaper industry where he won several awards for Creative Design in Advertising. By 22 he was the Kent Messenger Deputy Studio Head for the county. Head-hunted by another part of the KM group, and at 24 was Creative Head of Adverkit International. Then to Deputy Chief Executive at the age of just 25 which progressed to the role of Director. Alan has presented at many seminars and conferences for the newspaper industry and wrote regularly in Adverkit International’s monthly publications. He also assisted to create The Association of Free Newspapers and helped run their annual conferences. He was lead judge for The Newspaper Society’s Advertising and Creative Awards. Adverkit added a publishing department and Alan became a director of Harvest Publications publishing South East Farmer and launched a brand new publication called Riding in the South East. As Prospect Graphic Design he created all sorts of marketing design as well as producing 3 weekly editions of a free newspaper called AdScene, designed and assisted the launch of Good Morning Sunday, another local Kent newspaper and designed Docklands Property magazine.

Every year Maidstone had a Carnival, a River Festival, a Twinning Association meeting, various Music events and other annual events too. Great Britain was about to become part of Europe. In Alan's opinion most people knew little about the UK going into Europe, so he invented 'The Festival of Europe' and organised that all the events pull together during a week in 1992. It went so well he did it again in 1993. Everyone got involved. The measure of the success was that the finale - a firework display - had 80,200 people (Police estimate) attend. Even now there has never been that number attending any event in Maidstone! 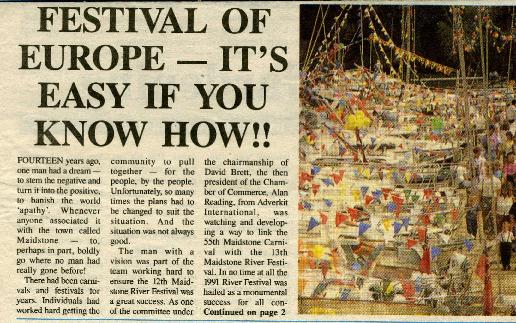 Alan is sole trader of Custom Marketing Resources (est 1994), a business providing creative work including branding, websites, print and ‘joined up marketing’, a subject even beyond most ad agencies. Alan caters for large and small businesses, and especially start ups. Services also include social media, general advice and guidance, PR, editorial, copywriting and events. He was Maidstone and Mid-Kent’s longest serving Chamber President and added evening business networking to the Chambers breakfasts, lunches and dinners for the first time in the nineties. In 2002/3 he was Director and then President of Kent Gateway Chamber of Commerce and gave Maidstone & Mid Kent to Ashford to assist creation of Kent Invicta Chamber of Commerce. He founded South Maidstone and Lenham Valley Business Associations in 2009 and remodled them as Maidstone Business Networking in 2017. Alan completed 11 years with a local charity helping to restructure the organisation and add a half million pound asset into the new brand Homeless Care, he ended as Joint Chairman. A multi-talented creative, he is an accomplished writer (HMG Intellectual Property Office featured his articles, as have the KM Business section, Chamber Matters, Start Your Own Business, Thinking Business and others). Designer, speaker and photographer, much of Alan’s work revolves around local companies and now BOOKS for a range of people. He has just started Alan Reading Treasures to brighten lives a little during the world wide Corona Virus complications. There are so many amazing events within his life that he does have some thoughts about a book of his own . . .

Alan has presented to colleges and schools and to conferences, been on radio, television and, following a friend writing a film script inspired by part of his life, now has a cameo in 'Afua’s Diary'. The film has been nominated 8 times around the world, but not released. Fresh off the script writers pad 'Victoria Island' is the second feature film Alan will be involved in. He's also director of BOS Films, busy man. Alan recently won a Media Innovator Award for Best Graphic Design & Photography Specialist (UK).

He enjoys life to the full. 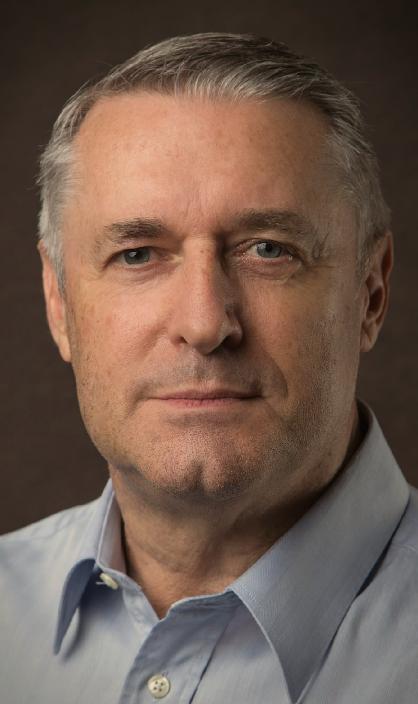 Books (created by Alan for clients) 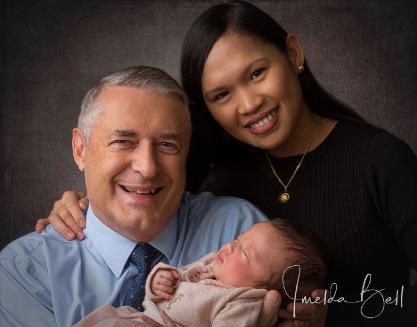 On Valentines Day in 2018, Alan married Evangelyn from The Philippines (above). It is also the day they got engaged in 2016 and Evangelyn's Birthday. On 7th August 2020 Alana Isabelle Reading was born (photo on the left at 1 year and 7 months).

Above photo by Imelda Bell, international photographer. Photograph on left by Evangelyn Reading.

and anything else go to www.cmr-group.co.uk 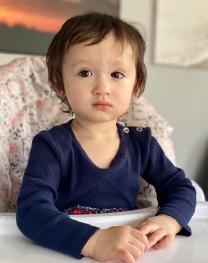